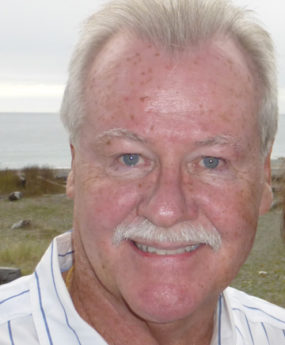 Eddie Powers has always had a knack for achievement.  Early years meant achieving success in sports.  Then football was his sport.  He became an All American quarterback from CW Post College on Long Island,  NY and is in the schools Athletic Hall of Fame.Business was next as Macy’s hired him to do retail management.  He exceeded expectations in his job performance.  However, a call to serve the Citizens by utilizing his criminology degree became his priority as Eddie became a police officer for the Suffolk County Police Department in NY.In 1989, after retiring from the police force…Eddie decided to relocate to SW Florida and start a Real Estate sales business.
Now for nearly 25 years, Eddie has built an award winning business based on satisfied customers. “Helping someone find a place here in paradise ( like I did) is extremely rewarding and satisfying.” Says Eddie , “ I pride myself on providing personal and professional service to all my customers while listening intently to their needs. My 24 years experience, knowledge and demeanor make my customers feel confident and at ease”! Eddie is married to Cindy whom he met on a blind date in 1992 at the old Wils Landing on Sanibel.  He is passionate about Golf, enjoys Cruising and Traveling.  They reside in the waterfront community of Siesta Isles and are active boaters
So always remember  “Let the POWERS of Real Estate Work for YOU!

New Listing Notifications
What's My
Home Worth
The John R. Wood network extends across all of Southwest Florida, so you are certain to have access to our expertise no matter which area you choose. Our Fort Myers realtors are well acquainted with the local real estate market because they are also residents & share the Southwest Florida lifestyle. We are uniquely equipped to help you find your perfect home. Our experience in the area benefits property owners looking to sell a condo or house and are dedicated to making sure your property is viewed by the right buyers. Our online real estate listings are easy to navigate & full of useful information about each listing. Buyers can view photos, text, maps, & data about your property that will present it in the best possible way. For sellers, we offer a Comparative Market Analysis to give you an overview of the area informed by our unique expertise. John R. Wood Properties is committed to give you the best possible advantage whether you are buying or selling Southwest Florida real estate. Contact one of our expert Realtors or request a free catalog to see how the John R. Wood team can make your real estate experience the best it can be. View Our Privacy Policy