Our John R. Wood real estate agent, Peter Davis is interviewed by Wink News on Fort Myers being the fastest growing city in the US.

Fort Myers is 2018’s fastest-growing U.S. city, according to the personal finance website WalletHub. Fort Myers was at the top of the nationwide ranking, with only two other Florida cities breaking into the top 20. To determine where the most rapid local economic growth occurred over a period of seven years, WalletHub compared 515 U.S. cities across 15 key metrics. The data set ranges from population growth to college-educated population growth to unemployment rate decrease. Fort Myers ranks first overall and first in terms of small-city growth. The ranking pertains to city proper, excluding cities in the surrounding metro area. The full list and more information is available at https://wallethub.com/edu/fastest-growing-cities/7010/#city 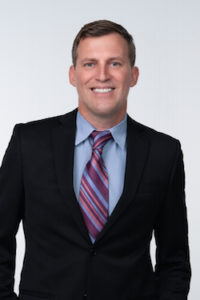 Peter was born and raised in Maine. He traded in his skis for a surfboard and spent fifteen years in Los Angeles, California before moving to Southwest Florida where he enjoys the beautiful beaches, friendly people and playing with his eight year old son, Kai.

Peter owned his own home improvement business developing a loyal client base that appreciated his strong work ethic and attention to detail. His first real estate investment in 2001, flipping a dilapidated Hollywood bungalow, spurred his passion for real estate which led to further home flip projects and apartment building investments. Peter earned a professional certification for real estate development in 2006 from the University of Southern California and worked for four years as a development advisor representing church clients in joint venture partnerships with top-tier national housing developers. He later worked for the Los Angeles Housing Authority as a project manager for new housing projects and also as an asset manager overseeing a portfolio of 2,500 rental units owned by the Housing Authority. He is an active Habitat for Humanity volunteer, both locally and internationally.

Peter’s diverse real estate background and experience, combined with his passion for providing a total-quality experience for his clients, truly sets him apart in the industry

The John R. Wood network extends across all of Southwest Florida, so you are certain to have access to our expertise no matter which area you choose. Our Fort Myers realtors are well acquainted with the local real estate market because they are also residents & share the Southwest Florida lifestyle. We are uniquely equipped to help you find your perfect home. Our experience in the area benefits property owners looking to sell a condo or house and are dedicated to making sure your property is viewed by the right buyers. Our online real estate listings are easy to navigate & full of useful information about each listing. Buyers can view photos, text, maps, & data about your property that will present it in the best possible way. For sellers, we offer a Comparative Market Analysis to give you an overview of the area informed by our unique expertise. John R. Wood Properties is committed to give you the best possible advantage whether you are buying or selling Southwest Florida real estate. Contact one of our expert Realtors or request a free catalog to see how the John R. Wood team can make your real estate experience the best it can be.