They achieved 40 sales and a just under 400,000 average sale price.  Starting their 5th year with John R. Wood Properties Elise and Tom, have developed a plan and have stayed on track.  They have focused and succeeded.  They found each other after each lost spouses.  Tom as an executive in the insurance business and Elise coming out of development sales.  Both avid tennis players at Gulf Harbour and your number one agents.

View their Listings and Contact Elise and Tom Starr here 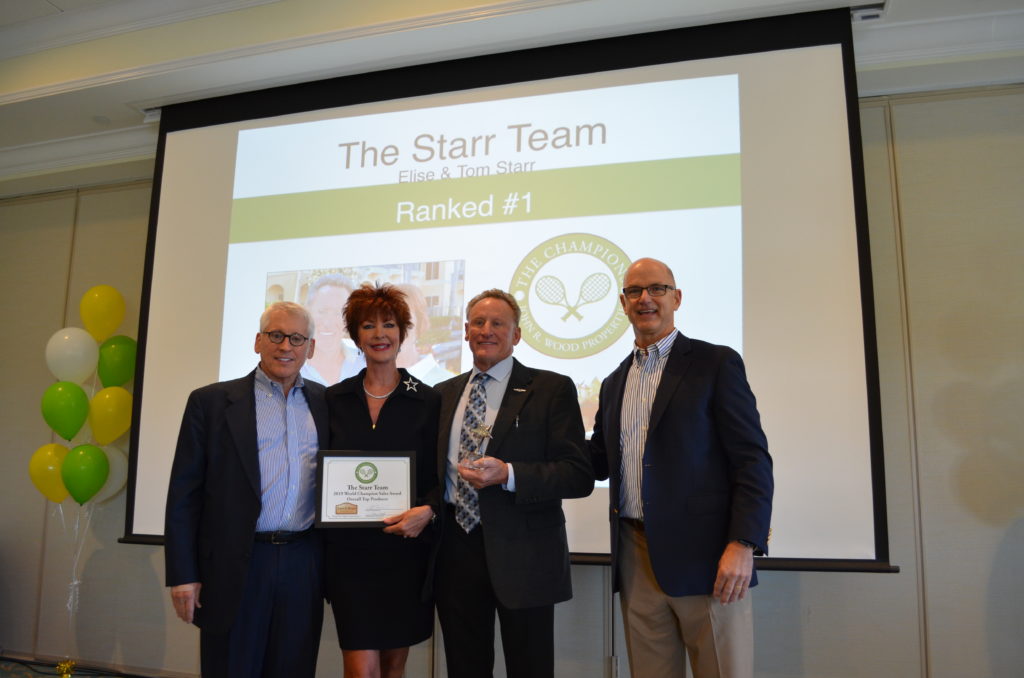 About Tom and Elise Starr

Elise and Tom Starr are both real estate advisors on The Starr Team. Elise has over thirty years of successful real estate experience. She has expertise in residential, commercial, industrial sales and construction as well as restoration of historical buildings. Tom brings his military discipline and business expertise to the team. He has experience in sales, marketing, and real estate investing. Tom has also earned the ChFc (Chartered Financial Consultant) designation. He served as Past President Council of Economic Development for Alachua County, Florida.

Growing up in Baton Rouge, La., Elise attended Louisiana State University and began her career in that fine city. Elise has been in Southwest Florida for over ten years and is an area expert having extensive knowledge regarding location, schools, the arts, and shopping. Tom served in the United States Navy and was qualified in the submarine service. He served aboard one of the first Ballistic Missile Nuclear Submarines. USS Abraham Lincoln SSB(N) 602. A native of Pennsylvania, he has been a resident of Florida for over 20 years. Tom graduated from Otterbein University with a business degree.  He also is a Chartered Financial Consultant. Previously, Tom was Vice President Agency Sales with Nationwide Insurance Company.

Elise is very active in her profession. She serves on the Grievance Committee and teaches Pathways to Professionalism for the Realtor Association of Royal Palm Coast Realtor® Association. Graduate REALTOR Institute (GRI) IN 1987.  She has served on other committees including Knowledge Services and the Leadership Academy.
Professionalism, personal integrity, and taking a very personal interest in each of their clients are the team’s priorities. Both Elise & Tom are members of The National Association of Realtors.

The John R. Wood network extends across all of Southwest Florida, so you are certain to have access to our expertise no matter which area you choose. Our Fort Myers realtors are well acquainted with the local real estate market because they are also residents & share the Southwest Florida lifestyle. We are uniquely equipped to help you find your perfect home. Our experience in the area benefits property owners looking to sell a condo or house and are dedicated to making sure your property is viewed by the right buyers. Our online real estate listings are easy to navigate & full of useful information about each listing. Buyers can view photos, text, maps, & data about your property that will present it in the best possible way. For sellers, we offer a Comparative Market Analysis to give you an overview of the area informed by our unique expertise. John R. Wood Properties is committed to give you the best possible advantage whether you are buying or selling Southwest Florida real estate. Contact one of our expert Realtors or request a free catalog to see how the John R. Wood team can make your real estate experience the best it can be.